Dabelle was having a jol in the last post, with her cake and Larry. But I forgot to say that she is an adventurous soul, who loves to take risks and try out different experiences. I guess she would also classify this as having a good time, having a jol.  She is a firm believer in jolling, having lots of fun and celebrating the simple joys of the in-between times.

“While celebrations are intended to honor life’s more momentous occasions, much of real life tends to happen during the in-between times. While moving from one moment in time to the next is seldom considered a significant occurrence, it is during those in-between times that we are most in tune with life’s most profound, albeit simple joys.”

When Dabelle visited Merlin’s magical kingdom to do a photoshoot, she was offered a flight with the Eagle Beast. Being such an intrepid explorer, she jumped at the chance. Of course, her camera went with her and she didn’t hold on during the flight. A braver soul than I!

After her flight, Merlin asked her how it was. Understandably, she was a little breathless and all she said was:

“That was SO kiff, man! I’m simply celebrating being alive!” 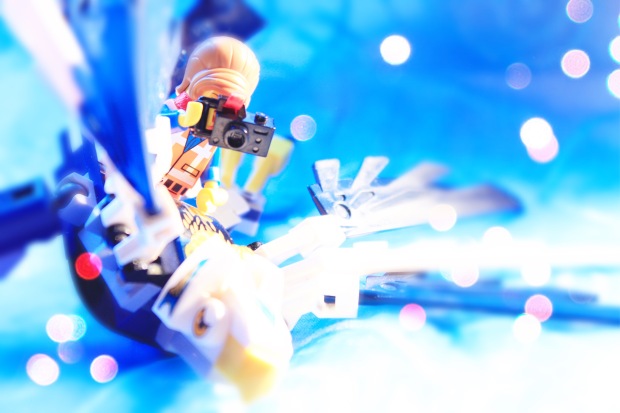 Letter ‘K’ is the 10th letter of the alphabet. We are already into the double digits in the month of the A to Z Blogging Challenge. My Lego photographer friend Dabelle is building up a kiff collection of South African words!

The South African word of the day

Proudly part of the

PS: To read all my A to Z posts, click on the Dibzen-AtoZChallenge tag

or search by Category